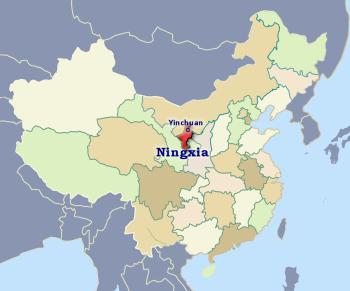 July sees yet another fiendishly tricky quiz that should challenge your knowledge of China.

A melon in a Chinese picture may symbolize a wish for what? The Wuyishan mountains were used as the film location for which epic film? The Taklamakan desert is in which province? How long did Japan occupy the island of Taiwan? A traditional doctor in China will take considerable time checking what?

Ningxia is more formally known as the ‘Ningxia Hui Autonomous Region’, and so is not strictly a province of China; the designation reflects the high proportion (34%) of Hui people that make it ethnically diverse. Most Hui people are Muslims who moved in from Central Asia centuries ago. Ningxia is situated on the bend of the Yellow River (Huang He) as it heads north towards Mongolia. It was created in 1928 to govern a larger area (including parts of Mongolia) only to disappear in 1954 before re-creation in 1958. Apart from the waters of the river it is a dry and dusty place with thick loess deposits.

The Great Wall marks its northern boundary, its southern border follows the Qingshui river basin. It is a poor province, only moderately industrialized; although the recent discovery of oil; coal and gas fields has brought rapid development in places.

Settled as early as the Xia dynasty, Ningxia flourished as the Yellow River offered reliable irrigation as here the river is not so prone to flooding as it is further downstream. The Xintongxia Dam 青铜峡 and Qintong Gorge (1968) hydro-electric dams on the Yellow River have helped to control river flow and generate electricity.

An old name for China is the 'Hundred Names' 百姓 reflecting the fact that the Han Chinese have very few family names. Of these ‘Li’ is the most common worldwide (92 million in China). In China ‘Wang’ may be slightly more common (93 million). Traditionally a man could not marry a woman with the same family name as it was assumed they must be related.
Read more…

Yinchuan (银川 Yín chuān) or ‘Phoenix City’ was once the capital of the Xixia (Western Xia) kingdom in the 11th century that governed most of north-western China for a while. The city is split into the modern part (Xincheng) and the old part (Laocheng) to the east. There is a provincial museum with a large collection of finds from the Western Xia culture. It has large Drum Tower and Yuhuang Ge of Ming dynasty date.

There are many interesting sites to visit in the rest of Ningxia including the Western Xia Tombs ➚ which are mini pyramids at Helan Shan; Baisikou Twin Tower ➚; Haibao Tower; Chengtian Xita; Nanguan mosque ➚ and colorful markets.

Jingdezhen in Jiangxi has been the center of Chinese porcelain manufacture for centuries. It is one of the first places where a production line technique was used to optimize production. Skilled craftsmen specialized in one particular part of the porcelain manufacture process, passing on the end result to the next stage. By 1433 over 500,000 pieces were being made a year. Much of the ‘china’ was sent for export to Europe over the mountains via the port of Guangzhou (Canton).
Read more…

The Hui (Muslim) people are descended from traders along the Silk Route who settled here and then by Central Asian immigrants during the Yuan dynasty. Portions of the rammed earth portion of the Great Wall can be seen at several locations along this vital defensive segment of the wall along the arterial Silk Road. Complex irrigation schemes created as early as the Han dynasty have allowed agriculture to flourish in the river valleys. To the south of Yinchuan lies Qingtongxia Zhen ➚ with 108 dagobas of Western Xia or Yuan dynasty date.

The southern portion of Ningxia province is generally poorer with a high proportion of Muslims. Liupin mountain ➚ is a scenic area. Xumi shan ➚ has a great many carved figures. Tongxin has one of the largest mosques ➚ in the province, and is built in the Chinese style. To the west near Zhongwei, Shapotou ➚ is set on the fringes of the Tengger Desert and here the sand can be heard to ‘sing’ in the wind.

Ningxia is famous for growing Wolfberries ➚ or ‘goji’ berries that have been touted as a health or super food ➚ in Europe and America. It is one of the ingredients of a local specialty eight treasure tea 八宝茶 babaocha. Licorice root ➚ is also grown in this area.

Ningxia belongs to the dry northern region of China. It has cold winters and short but hot summers with little rainfall.

Let's get you started with a few simple sentences and phrases in both spoken and written Chinese. We begin with key concepts and introduces the most common and useful words and phrases in Chinese.
Please wait...
Downloading information about character