China has had its own system of standard weights and measures for thousands of years. For measures of distance up until the Early Zhou dynasty a complex mix was used rather like the British imperial mishmash of inch; foot; yard; rod and chain. Famously the widely varying units of measurements used over China was standardized and decimalized under Emperor Qin Shihuangdi. Each unit of length was ten times bigger than the previous one with only a couple of exceptions. Even time was divided in 10s so a day consisted of 100 刻 kès. The Emperor insisted that his imperial lucky number ’six’ was included in the system; so that the standard double pace bu unit of length had to be six chi.

A great survey of all the main strands of Chinese thought: Confucius, Daoism, Legalism, Mohism. Even though written by a Cambridge professor it is very accessible and easy to follow. Explore the Chinese beliefs in the ancestors and the central place of the family in all things.
Amazon details... ➚ 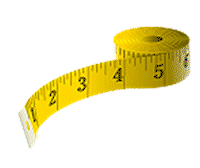 The decimal progression of units of distance is:

The ‘li’ is the measure used for long distances; at one time it was defined relative to the length of earth's circumference. Therefore in the Tang dynasty detailed observations were made to measure the earth's circumference very accurately. Over the long period of Chinese history different regions developed various local standards for weights and measures; so, for example, a li in Guangzhou was not the same as that in Tianjin.

When the Republic of China was founded in 1912 the progressive government decided to end confusion by aligning the traditional system of weights and measures to the international S.I. system ➚ of units (meters, kilograms, liters and hectares). They did this by choosing the closest whole number of units in the S.I. system ➚. The new standards were rigorously enforced over China so that local variations were removed. The conversion factors introduced were as follows:

Official publications use the S.I. units directly while at a local level, for example markets, the traditional units are still used. To avoid confusion the unit is prefixed with 市 shì (‘market’) to indicate traditional, or 公 gōng (‘public’) to indicate metric so 公里 gong li is a length of 1 kilometer while 市里 shi li is the traditional li of about 500 meters.

Some S.I. units have been given new Chinese names such as 米 mǐ for meter (the character also means rice) and 克 kè for gram.

How well do you know China?
The Art of War was written by which ancient author?

The Art of War 孙子兵法 was written about 2,500 years ago by Sun Wu (Sun Tzu). It was the standard text on military strategy for over two thousand years.
See our Quizzes page

China is famous for producing world-beating bronze technology at a very early date. Large bronze vessel dating from the Shang dynasty (1600-1100BCE) have long been admired.

A recent study has been looking into the recipe for bronze used and it seems it is a complex system based on alloys rather than just a rough mixture of tin and copper. Only if a carefully followed process was followed would the Shang bronzesmiths been able to create such large and finely detailed objects. For many years the Kaogong ji was the source reference to follow but this uses the terms ‘Jin’ and ‘Xi’ as ingredients with no description of what they were. It is now thought these were specially produced alloys of precise proportion of elements.

The countries that surround China have an interesting set of relationships. Wars, conquest and religion have defined the current boundaries of the Peoples' Republic. India, Russia, Pakistan, Myanmar and Vietnam have important borders with China.